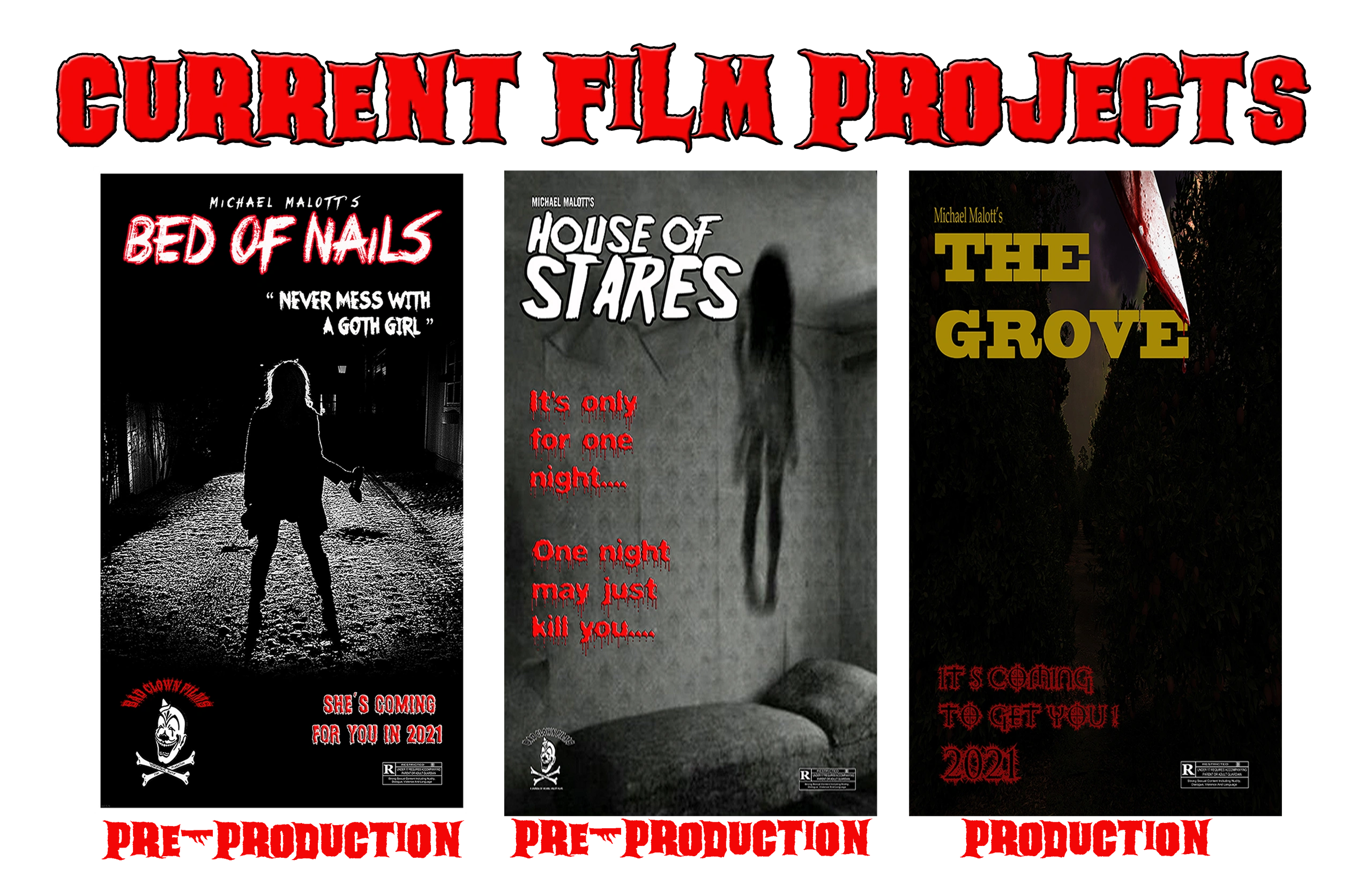 Bad Clown Films is a division of Michael Malott Films which is responsible for the creation and production of low budget independent horror films and motion pictures created under the direction of Director Michael Malott.  Michael Malott is a long time music industry veteran with multiple gold and platinum album award credits who became interested in starting his own low budget film company in 2019. He has previously worked with various film productions.

Three goth kids camping in the rural country side in middle Florida on their way to the Keys are stalked and murdered by a group of fanatic rednecks.  They only planned to scare the kids, but things went wrong, the gun went off and they felt compelled to rape & murder the remaining two girls to simplify the problem and eliminate any witnesses.  What they never planned on was one of the kids, a self proclaimed witch who is into the occult to come back from the dead and wreck havoc and destroy the rednecks one by one who had raped and murdered her.

Four teenagers get lost in an orange grove, trapped all night with a psychopathic killer.

To promote an author's recent book release documenting events of an infamous murder house, the author offers $10,000 to someone to spend the night of the tenth anniversary of the murders in the house.  Sounds like an easy enough way to make $10K, think again!

Ever wanted to be part of a motion picture?

Ever wanted to have an acting role, or be part of the production of a motion picture?

Bad Clown Films produces low budget horror films, therefore we are almost always using fresh, new talent to fill our character roles and budget. Many of today's leading actors and actresses got their start with a low budget film production.  He's your once in a lifetime opportunity to start your career in films rolling.

Shooting duration of usually one week or less

Two female and one male for lead, able to portray a gothic look

Male middle age to later for role as sheriff

Many secondary roles to cast